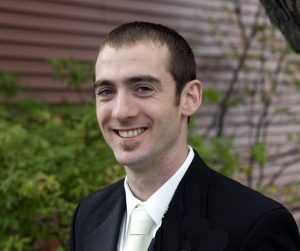 S. Jacob Colwell, better known as “Jake,” is a true lifelong resident of Greene County. He grew up in Athens with his father Steven, a Correctional Officer; his mother Angela, a PCA at Columbia Memorial Hospital; and his sister April, an employee of local business Field Goods. Jake attended Coxsackie-Athens High School and moved into New Baltimore after college.

His wife, Caitlin, also grew up in Greene County, and is the daughter of local school board member Michael Donahue and Teacher’s Assistant Mary Donahue. Caitlin works as a high school English Teacher in the Schodack School District.

Jake’s extensive family roots in the area encompass many generations, including one grandfather who was a Lieutenant at Greene Correctional Facility and another who was a local cement plant worker and veteran of the U.S. Navy. Given his deep connection to this community, Jake fully understands and respects the people of this area and shares their concerns about their homes, families, and their future.

Although his career path has ultimately led him to education, Jake’s work in a variety of other fields helps him understand the many other job and life experiences of New Baltimore residents. He earned degrees from Hudson Valley Community College and SUNY Cortland in the areas of Physical Education and Health Education, and he also holds a Master’s degree in Public Health from the University of Alabama. He is the first member of his family to go to college.

For the past decade, Jake has been working in education, and was recently hired to come home to Greene County Coxsackie-Athens as a Physical Education Teacher and Varsity Coach. Before this, Jake worked in many different capacities: as a carpenter at Brockway-Smith; a laborer at Blue Circle Cement; a Program Coordinator at the Coxsackie Summer Recreation Program, and at the Schenectady Boys & Girls Club. He was also employed at the Greene County Correctional Facility. Jake has demonstrated his ability to work and excel in many different fields, and he understands the need to respect and learn from the life experiences and aspirations of all local residents.

Although he has never held public office before, Jake has worked in professional executive settings that make him uniquely qualified to serve in government and represent the people of New Baltimore. He served two years as the Coaches Section President of NYSAHPERD, and as President of SUNY Cortland APEM. He also gave his time and energy as a member of the Board of Directors at the Schenectady Boys & Girls Club, and as the League Representative for two different sports in the NYSPHSAA.

Recently, Jake organized a highly successful community meeting in New Baltimore to educate local residents about the new Greene County jail proposal. He worked across party lines to bring together corrections experts, county and town legislators, and members of the public to discuss the potential impacts of this facility on New Baltimore taxpayers and to otherwise examine policy issues, including alternatives to incarceration related to the pending project. He intends to follow up on this meeting to examine the recommendations being made by Greene County, and analyze their impact on local taxpayers.

All of these experiences, and more, have prepared Jake to demonstrate his strong work ethic, administrative knowledge, ability to listen, and his overriding commitment to serving the public in a highly responsive and open manner. He is eager to meet and exceed the high expectations demanded of an effective and active Town Council Member. He looks forward to the opportunity of working in town government and sharing his focus, energy, and willingness to work with others to get things done.

Jake has been at the forefront of many other impressive tasks on his various volunteer committees and boards. These include organizing the donation, collection, delivery, and demonstration of thousands of dollars worth of Physical Education equipment provided to the Boys & Girls Club of the Gulf Coast after Hurricane Katrina.

Why is Jake running for Town Council? First and foremost, Caitlin and Jake are raising their first child together, a beautiful two year old girl named Roslyn. As a family, they have decided that it is time for them to step up and demonstrate to their daughter what it means to be a citizen of this wonderful country. They believe that if you have the ability to do something for your community, then you also have the responsibility to do so.

Jake is running for Town Council in New Baltimore because he and his wife love New Baltimore and want to see it flourish. Jake wants his daughter to be proud of her home town and he is willing to do whatever he can to contribute to this amazing community. Serving on the Town Council is an important first step on this journey for Jake, Caitlin, Roslyn and all of their neighbors and friends in New Baltimore.

Again, and this is important for all of you to know. The New Baltimore Democratic Club does not choose candidates based on their political enrollment. Jake is a registered “NOP,” meaning that he is not enrolled in the Democratic, Republican, or any other commonly recognized party. We support him simply because we think he will do a great job for us, regardless of what he checked off on his voter registration card. We believe in diversity in our town government, which has nothing to do with party enrollment, and everything to do with public service to New Baltimore.

DONATE TODAY
Together let's bring representation of our whole town to town hall. 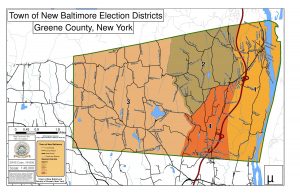 This site is paid for by the New Baltimore Democratic Club.